The Debauched Life Of Britain's Most Sex-Crazed King

Known as one of England's most lustful kings, King Edward VII loved to bathe in champagne with beauties at Europe's most luxurious brothel, owned a bizarre tantra chair and the secret to being strong every time having sex. 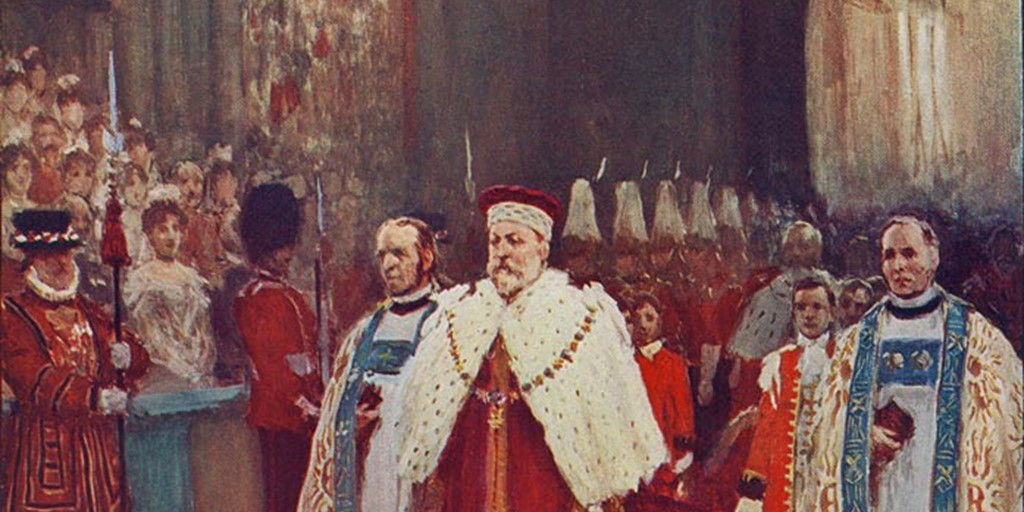 
Recently, Tracy Borman, curator of British Historic Palaces and presenter in the new documentary "Private Life of the Monarchs", embarked to learn about the strange tantra chair of King Edward VII, the eldest son of the late Queen Victoria and great-grandfather of Queen Elizabeth II.


Information about the tantra chair and its owner immediately attracted great attention. Many recognized him as one of England's most lustful kings.


The desire for joy made the king's father angry and die? 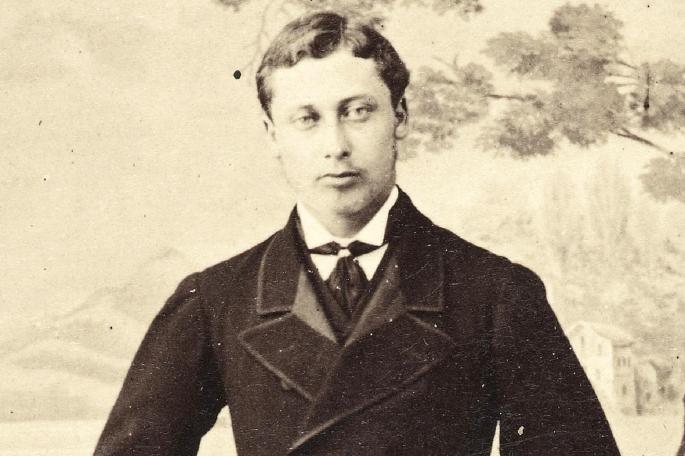 
The depraved nature of King Edward VII was revealed at a young age, as evidenced by his controversial love affair with an Irish actress at age 19 while serving in the army.


In 1861, being desperate because his eldest son did not pay attention to his studies, Prince Albert decided to give Prince Edward a "taste" of the army to awaken him. Prince Edward was sent to an army barracks in Ireland.


Sadly, "a leopard can't change his spots". Immediately after Edward arrived at the barracks, the officers arranged actress Nellie Clifden to "serve" the young prince. In his 1861 diary, the British prince also recorded a happy date with the Irish actress.


When this news reached Prince Albert, he was disappointed and said to his son: "I knew that you were thoughtless and weak – but I could not think you depraved."


A few weeks later, Prince Albert died of typhoid. However, Queen Victoria believed that it was her spoiled eldest son that caused her husband to suffer and die. She never forgave Edward.


Spend the night in the most luxurious brothel in Europe


After the death of his father, Prince Edward did not wake up, but also sank deeper into a life of debauchery. It was this reason that not until turning 60 was he awarded the throne.


King Edward VII indulged in lavish parties and became a regular guest of Europe's most luxurious brothel - Le Chabanais (France). The English king even ordered a special tantra chair to enjoy at a brothel in Paris. 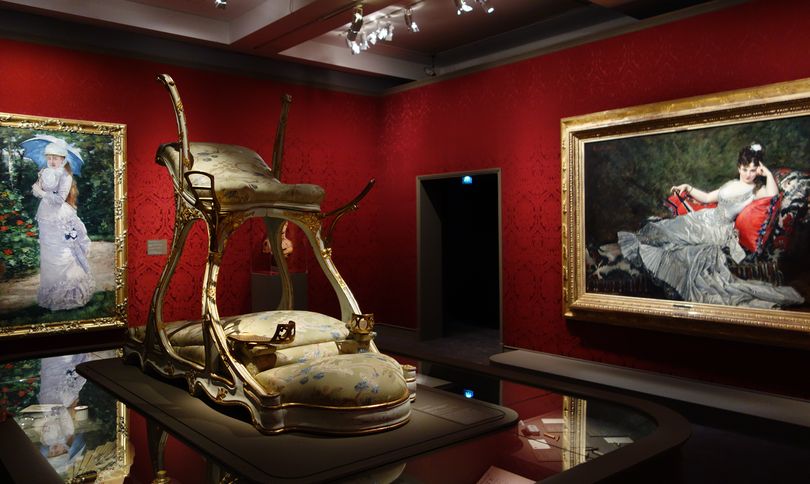 
The chair is designed with an odd shape with enough space for two women, one above and one below. It fits the weight of King Edward VII, has a fixed handle and footrest. However, the strange design has many researchers wondering about its use. History professor Richard Thomson said: "Perhaps, only King Edward VII and God knew how to use it."


King Edward VII is said to like two things in life: Good food and beautiful women.


According to Matthew Sweet, author of "Inventing the Victorians", King Edward VII had a special hobby at Le Chabanais: Bathing with beauties in champagne. At a brothel in Paris, the English king owned a private room with a bronze bath decorated with a strange painting of half woman, half swan. The women who served him were innumerable. They came from many professions such as actors, models, artisans, prostitutes, etc.


One of the fun things that King Edward VII enjoyed most was a tea party at the mansion of the beautiful countess Daisy Greville.


"The tea party is just an excuse, their main purpose is to come here to find a mate. The men will play sports and the beauties will wear a long dress and no bra. They start a conversation and pair up before taking each other to their own rooms," said Victoria Fishburn, biographer of Countess Daisy Grevillle. 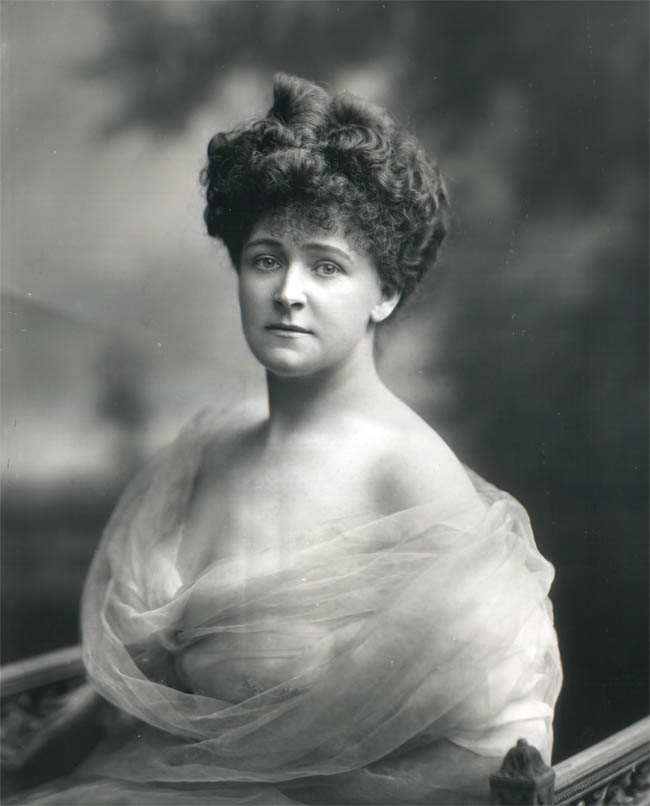 
The sex scandal involving the British king is also a matter of great attention. According to Ranker, Edward's most scandalous affair was probably with Jennie Churchill, mother of the late British Prime Minister Winston Churchill. After discovering the incident, Randolph Churchill, Jennie's husband, tried to blackmail Edward but failed. Edward even got angry and challenged Randolph. However, at that time, the challenge was considered illegal, so nothing happened.


The secret to the health of the king of sex 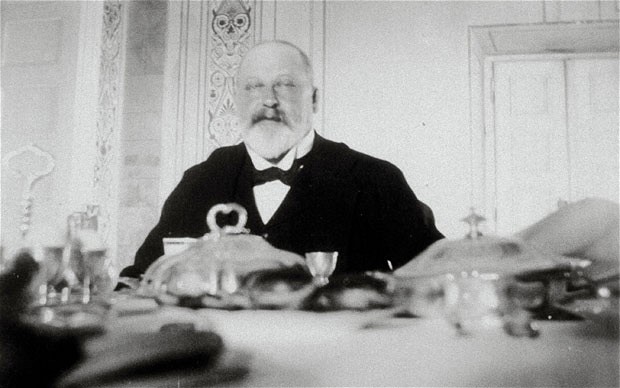 The secret of King Edward VII lies in his diet


According to the Daily Mail, the British king was always prolific in sex mainly thanks to his diet. In his book, British historian Christopher Hibbert fully describes the typical meals of a day of King Edward VII.


Historian Jane Ridley said: "The British royal family often had meals with such sumptuous dishes. However, they were mainly for display. The case of King Edward VII was special when he ate most of the dishes.”


That's why he was always in the best physical condition.