The World War I Tank That Changed Warfare Forever

The World War I Tank That Changed Warfare Forever 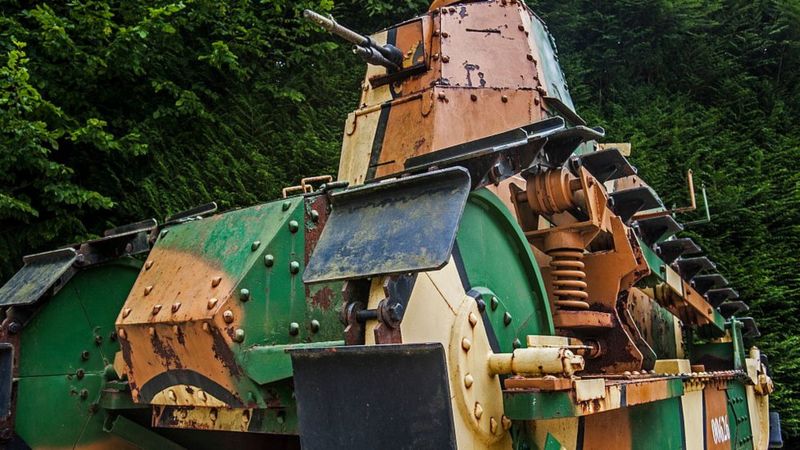 On May 31, 1918, the Germans made a surprise attack on the area near the Retz Forest, near Ploisy in northeastern France. It was the last year of World War I, and the Germans were trying their best to fight the  Western Allies.


Under the British blockade, the German economy collapsed: people were in short supply of fuel and food. The German Empire faced famine and defeat.

While attempting to resist, the French units at Retz were reinforced. Among the reinforcements was a new vehicle: the FT tank.

Compared to the massive, slow-moving British tanks that had been used and yielded mixed results during the previous 18 months, the new tanks were tiny. They only have room for two people to sit inside. But they work surprisingly well.

A total of 30 tanks were rushed to the battlefield to help repel the Germans. The tanks only stopped advancing when the infantry could not keep up with them. At the site of this event, a century later, there is now a plaque commemorating the first time the tank that is said to be the ancestor of all modern tanks entered service.

The tiny FT is a model with a visionary design. It was born from a combination that seemed unlikely: a pragmatic gunner officer and one of France's most famous car manufacturers.


Costumes Of The Belligerents In World War I

The appearance of the tank is a modern-day legend - the slow-moving vehicle armed with guns that helped end World War I in a matter of weeks.

The first tanks stormed the battlefield in September 1916. The British design   Mark I tank was bulky, sluggish, moving no faster than walking speed, but armed with machine guns, worked quite effectively. Just seeing them was enough to scare off many German soldiers.

But Mark I has limitations. The British rushed the tank into service before the engineers checked and eliminated all the defects, so many tanks were damaged due to mechanical failure. 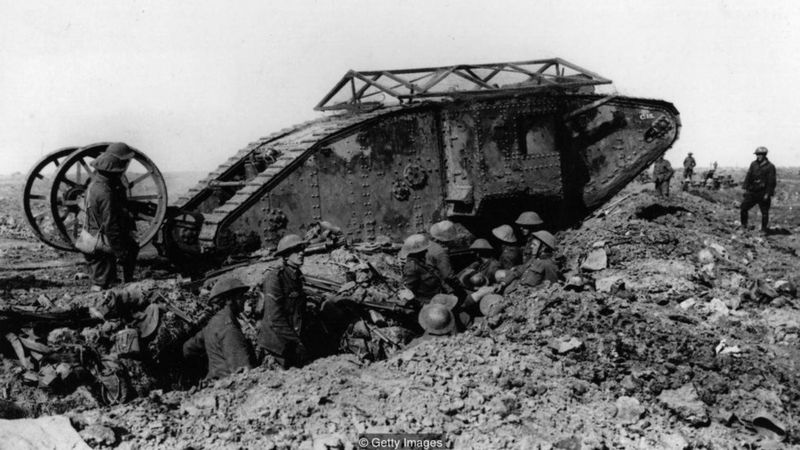 British tanks had early successes, but were slow to move and difficult to control

These tanks are dark, noisy, extremely hot, and cramped inside. The smoke emitted by the engine and the flammable fuels could turn the occupants inside like sitting in a death trap. Their slow movement makes them vulnerable to shell attacks. In addition, although equipped with large cannons and machine guns, these weapons were installed on the side, making the whole tank have to move and rotate in the right direction every time the weapons needed to be fired.

The British constantly updated the basic design of this model, in order to turn it into a "miracle weapon". The improved model, the Mark IV, entered service in 1917.


However, both the Mark I and the Mark IV were bulky and difficult to maneuver. They had a diamond-shaped design to crush the barbed wire web underneath instead of moving or turning quickly.

The idea was that the new tanks needed to work in harmony with the ground forces, moving at a speed sufficient enough to protect the troops advancing behind. Obviously, what was needed at that moment was a smaller, lighter tank to support the troops once they got through the trenches.

Jean Baptiste Eugene Estienne is considered one of France's most visionary artillery commanders. He was a gifted mathematician, a philosopher, and one who during his student days studied ancient Greece.

He also saw that new technology was changing the way war was happening. He was a pioneer in the study of indirect firing - a gun that fired bullets at the enemy from behind, following the instructions, navigation of an observation machine - and developed a machine that allowed to do this. In 1907, he became headmaster of the Artillery School at Grenoble.

Even before the war started, Estienne recognized the role of military aircraft - especially in how planes could be used to guide artillery fire.

During the opening weeks of World War I, Estienne used aircraft to guide artillery, inflicting enormous damage on Germany at the Battle of Charleroi as the Germans descended on Belgium and northeastern France. 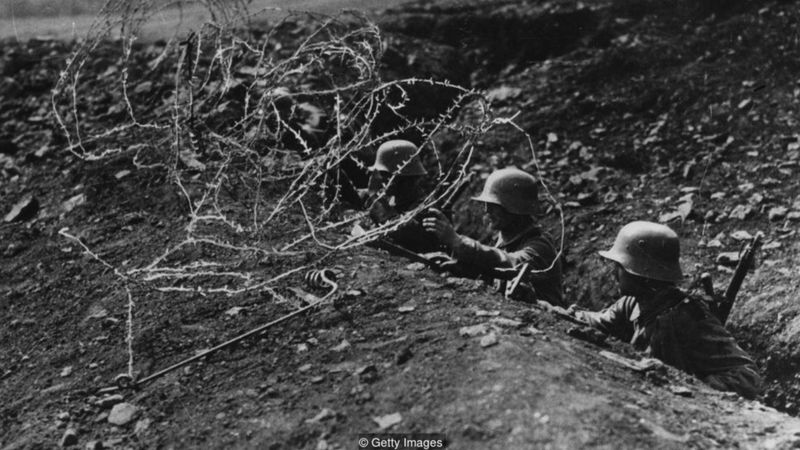 But his visionary ideas go beyond planes. He found that machine guns and mass shootings with rifles made it very dangerous for ground forces to rush to the front lines, and that soldiers needed to be protected somehow with movable steel shields when advancing.


As early as August 1914, Estienne believed that an armored vehicle armed with guns would play a decisive role in the coming conflict. "Gentlemen, the victory in this war will belong to which of the two belligerents which will be the first to place a gun of 75 [mm] on a vehicle able to be driven on all terrain", he told a group of French artillery officers in 1914.

Estienne was asked by the commander of the French army, General Joffre, to research a new weapon design. Then he approached one of France's most famous car designers, Louis Renault. Renault factories were busy making other vehicles at the time, and the company refused to participate. The design based on the American-made Holt tractor was too ambitious a project for an engineer who had never built a tracked vehicle.

So Estienne turned to Schneider CA1, which made France's first working tank. Like British tanks, the large, bulky and slow-moving Schneider CA1 was designed to push through land littered with uninhabited craters and into enemy trenches. But unlike the British tank, the CA1 and its cousin, the Saint Chamond, were less efficient in operation. “These French designs are horrible,” said Willey. "They're basically just mounting a 75mm gun to the front of a large tractor, far behind British tanks." 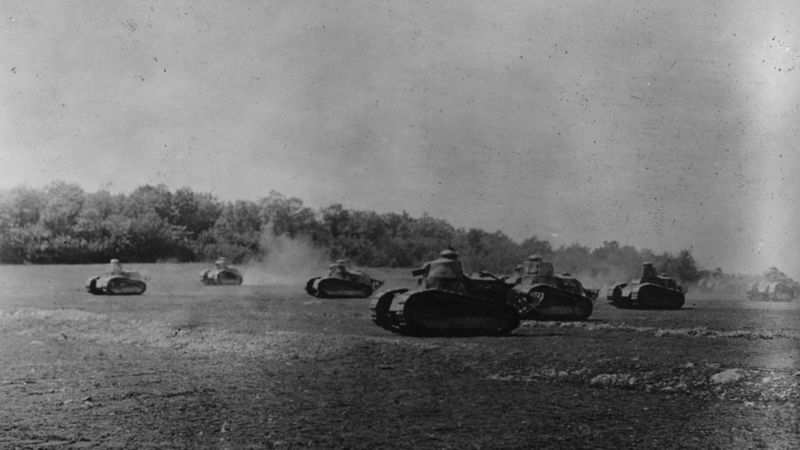 Allies troops wanted to apply the fighting method all FT tanks advancing at the same time, attacking the enemy

But Renault had another idea. He thought that once the trenches and fields were plowed through, the urgent need would be for a smaller, lighter tank - one that could radiate and attack the enemy from behind, the way cavalrymen had done for centuries.

Renault also found that the engines of the time were not powerful enough to move the heavy tank through complex terrain at an effective speed. He decided to make the product much lighter. The British Mark IV weighed 29 tons, but the new tank weighed only 7 tons, which prevented it from sinking when entering soft ground, being plowed between trenches by artillery shells.


Renault collaborated with designer Rodolphe Ernst-Metzmaier to create a new tank. The new model had revolutionary features. It was the first vehicle to be armed - with a machine gun or a 37 mm cannon - mounted on a 360-degree rotating turret.

While the British tank carried a tank crew of 12, this new tank only needed two people, including a tank driver sitting in the front, and a commander or gunner sitting directly behind to control the turret. The engine was located aft, in a separate compartment - a design that has since been followed by most tanks.

The British also had tanks that traded heavy guns for machine guns - and this model, The Whippet, entered service in the final battles in 1918. But Whippet's engine was located in the front, the tank compartment did not have a rotating turret.

There were other innovations hidden in Renault's design. The tank cooled the engine by drawing cool air from the front of the vehicle and then venting hot air out the back. This made driving much more pleasant than driving a Mark I or IV.

The designers also ensured that the engine was still working when lying in an inclined position, when traveling on high slopes, and this allowed the tank to climb up and down the deep holes plowed by artillery shells without getting stuck. 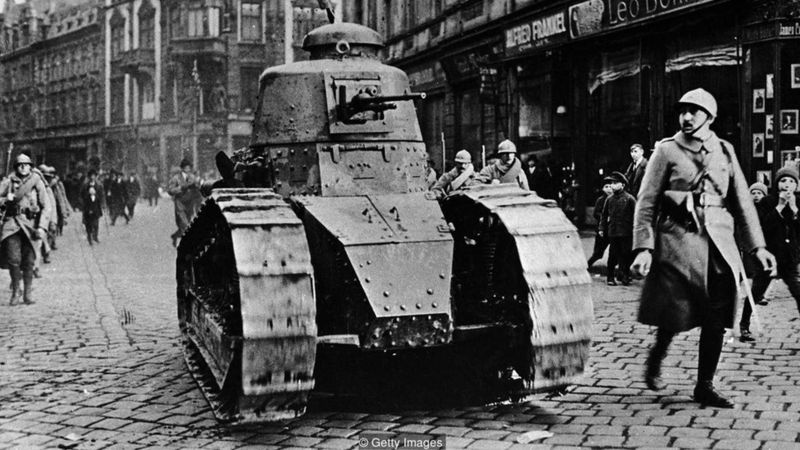 The FT tank was widely used during World War I, inspiring other countries to design similar tanks, such as in Italy and the Soviet Union.

As a result, the FT's two-member tank crew moved with ease and comfort at the speed up to 11km/h, a speed not to be underestimated in 1918. The design was to serve the fighting style of swarms of small tanks with infantrymen behind them would overwhelm enemy defenses, break through trenches and then spread out in different directions.


The French command saw the very promising potential of this tank, and planned to produce more than 12,000 tanks by the end of 1919. Renault could only deal with a small part, so other car manufacturers also planned to join the production line. Gradually, in 1918 more and more FT tanks were produced, making them possible to be used in large numbers.

The final months of 1918 were a period of intense redesign, when the German defenses became ineffective and Germany had to withdraw quickly through France and Belgium.

"It's part of that final nail in the coffin for the Germans," said Willey. "They were blocked off by the British and ran out of fuel and food. When you look back at the memories of the Germans in the 1920s with the question 'Why do we lose?', tanks are always mentioned."

Willey said the tank was a symbol that the Western Allies - boosted by American industrial power since 1917 - would win.

By the end of the war, the Germans had only produced about 20 tanks. While the Germans were struggling with that, the French had already produced more than 1,0000 FT tanks.

In 1929, the British Army exercised at Salisbury Plain using small tanks, inspired by machines like the Whippet and FT - and attracted the interest of German commanders. They would combine these tactics with a new aircraft and artillery style called 'Blitzkreig', just a decade later.