The UK's Most Tragic Queen: 17 Times Losing Child, Cursed By A Gay, Dying Of Obesity

The life of the last Queen of the Stuart dynasty is typical of a noble - surrounded by darkness behind the glory of the throne.


The Queen of Great Britain has a prestigious position, ruling as an Emperor of a powerful empire consisting of many confederate countries. However, behind the aura of power in hand, there are many Queens who have to live in the dark of pressure and tragedies of private emotions, family, and children.


And the life of Queen Anne - the last Queen of the Stuart dynasty of England is a typical example. She had to live in despair when expecting 17 times but there are only 5 children being born. Ironically, they were all stillborn or died at a very young age. Then she even plunged into a gay love affair but in the end, she had nothing in her hand but loneliness. 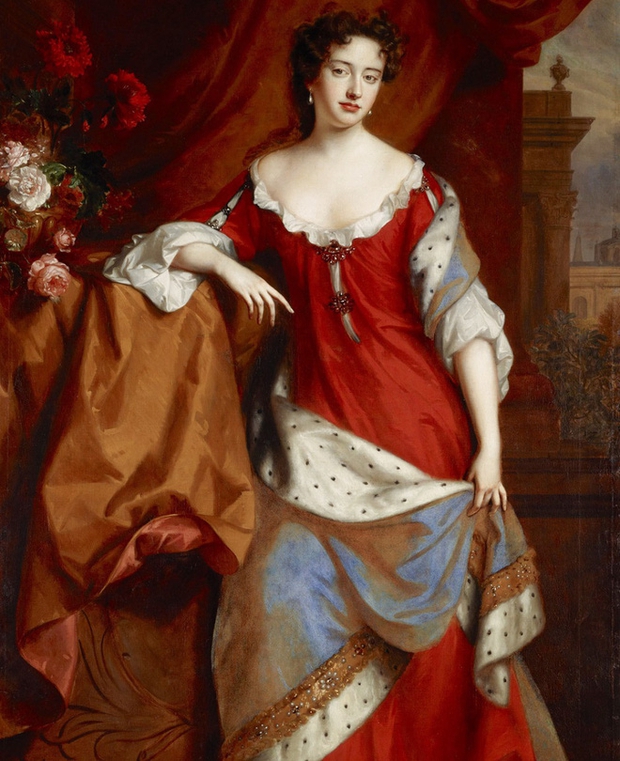 
Unhappy childhood lacking love behind the halo of a Queen

Queen Anne, a beautiful, sexy woman who had taken the UK to new heights in just 12 years of her reign by her talent and grit. Queen Anne was born on February 6, 1665 in London, the second daughter of an aristocratic family with both parents being the Duke of York.


Queen Anne's childhood must be said to be a series of sad days when she witnessed the loss of loved ones one after another. Initially, in her early years, Anne was allowed to live with her grandmother in France, but when Anne was 4 years old, her grandmother died. After that, Anne was raised by her biological aunt, but less than a year later, this aunt also died of stomach disease. After that, Anne returned to live with her parents in England, and at the age of 6, Anne's mother also died of breast cancer. 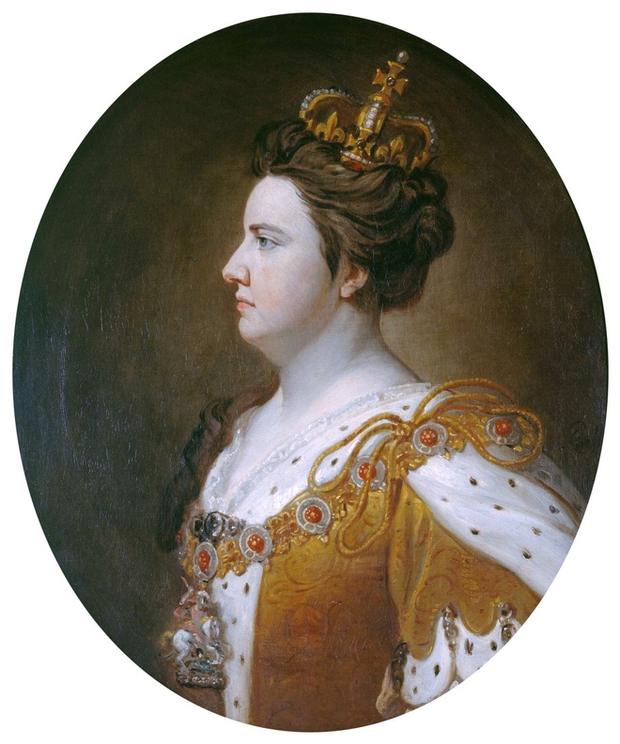 
After that, Anne had to live in lack of family affection, because actually being born in a noble family meant that she had to face power struggles, get caught up in underground wars between the clans, and so was Anne's father. Because he was so absorbed in the search for power that he let his two daughters suffer loneliness and lack of warmth.


When Anne turned 18 years old, she was married to Prince George of Denmark by her family. This can be said to be a suitable marriage even though it was originally just a political marriage like any other marriages in the nobility and royal family at that time. Anne's husband is described by the history books as a rather handsome, tall and blond young man, but he had a major vice of alcoholism, so his strides to power were unremarkable. 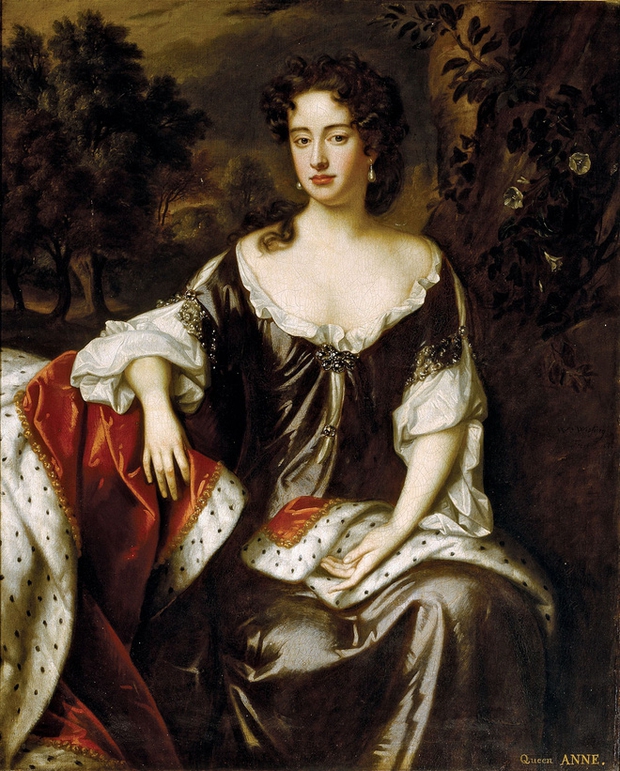 
In 1685 Anne's father became King of England after his younger brother Charles II (Anne's uncle) abdicated, however, after only ruling for 3 years, Anne's father was defeated by his son-in-law and biological daughter Mary, then they took the throne to rule the United Kingdom. Soon after Mary and her husband died childless in 1694 and 1702, Anne became the last member of the Stuart family to claim the throne and she was officially crowned Queen in 1702at the age of 37.


Then, during her 12-year reign until her death at the age of 49, she restored the UK to a peaceful nation by resolving issues of religious strife. She had earned the trust of the people of the United Kingdom with her toughness, talent and experience as a Queen who had gone through so much tragedy when she witnessed the loss of loved ones from her childhood, and the conflicts of her own family members just because of religious issues, even her own pain when trying to sit firmly on the throne while losing 17 children and the torture of illness. 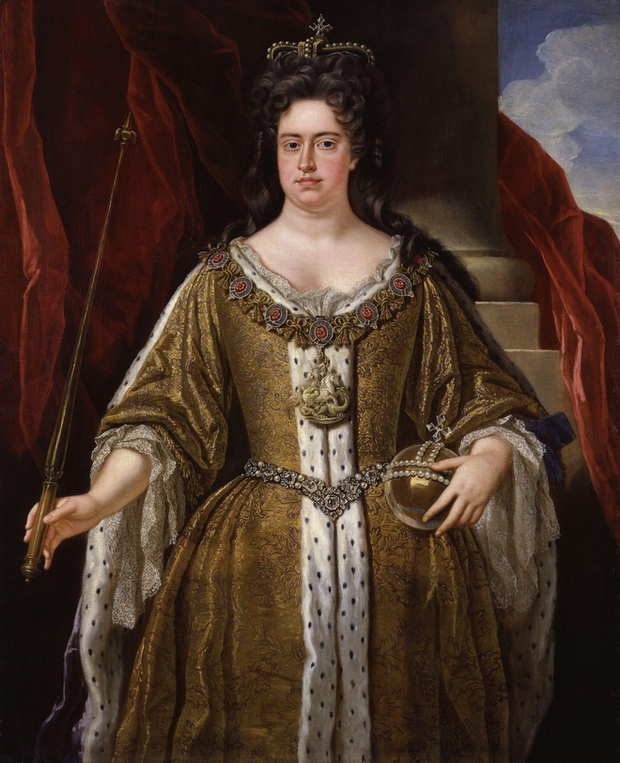 During her short life, Queen Anne endured many illnesses and physical torments. From the age of 4, Anne was diagnosed by an ophthalmologist with rather weak eyes, and had to squint when looking at a distance until the last years of her life.


But all is nothing compared to the disease Lupus - the congenital red rash that she carried in her body, which is also the cause that pushed her into the abyss of despair when 12 out of 17 times being pregnant with the child died right in the womb. The other five children, two daughters, Mary and Anne Sophia, all died in infancy from smallpox. Daughter Mary, born on October 14, 1690, lived only two hours, and George George, born on April 17, 1692, lived only a few minutes. 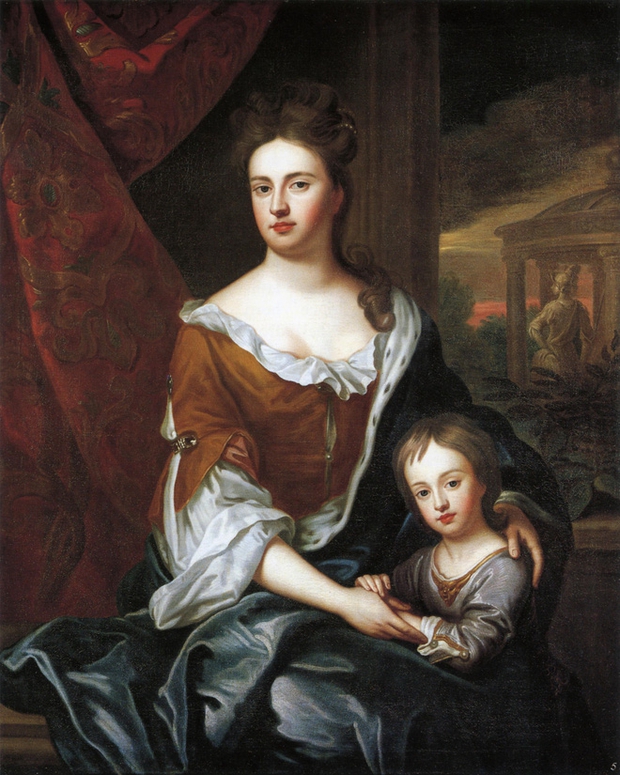 
Only her baby son William lived the longest, but like his mother, even heavier, Prince William carried many diseases since childhood. When the Prince was born, he had a convulsion and was diagnosed with hydrocephalus. For the next few months, the Prince had to live in pain when he could not walk alone, was always in a state of sleep and regularly had the doctor aspirate fluid on the head to check. And the fate of the Prince was just like his 16 siblings’, in 1700, after an 11-year-old birthday party, William took his last breath in the arms of his mother and father.


Queen Anne, during the days watching her child grow up suffering from illness and die, had no better health. Due to many pregnancies, Queen Anne had to deal with comorbidities such as obesity and gout, which made it difficult and painful for her to walk every day. Even on the day of her coronation, Anne was in such pain that she had to sit on a chair while the soldiers carried her to the ceremony. 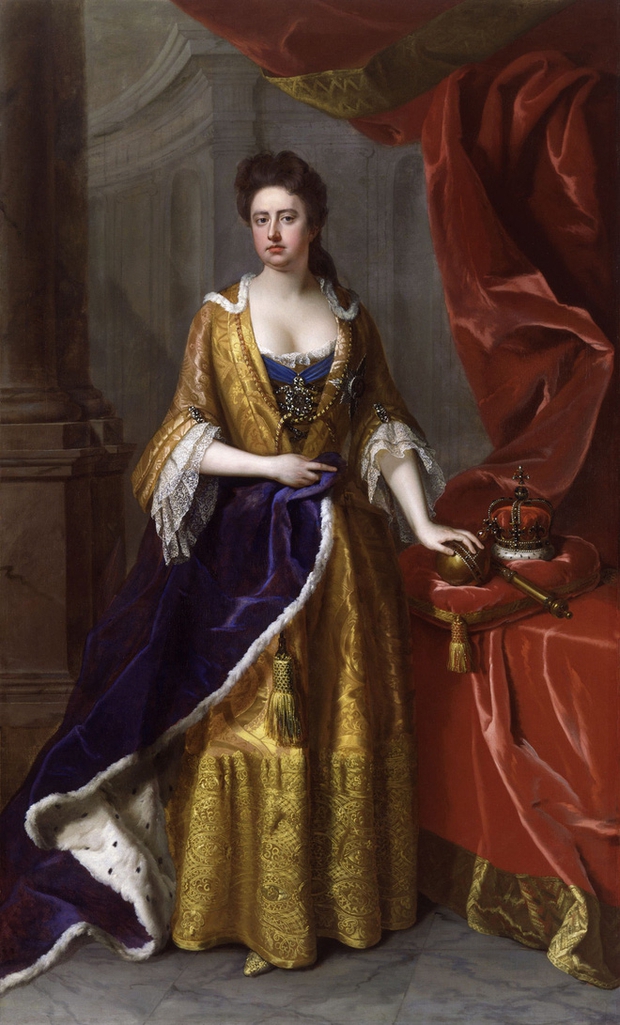 
And pain after pain, she thought she would collapse when her husband died in 1708. But Anne became stronger than ever, she quickly dismissed the sadness only after 2 days of mourning for her husband and continuing the work of ruling a large kingdom. And through so much pain, she got entangled in another tragic love affair, which is a homosexual love affair with Sarah Churchill (wife of Duke Churchill of Marlborough, i.e great-grandmother of former British Prime Minister Winston Churchill's family). She was a beautiful courtier, attractive but full of cunning, always demanding, easily getting angry and had bottomless greed.


It can be said that this little-disclosed love affair, most likely taking place while she was still living with her husband Prince George, has become one of the most fascinating stories, but also carries too many scandals in British Royal History. Anne loved Sarah so much that she allowed this sly woman to interfere in political affairs. This love blinded Queen Anne.


Yet, despite enduring suffering and indulging in a strange love affair, Queen Anne found her last bit of sanity, in her final hours. She always struggled with the role of a monarch, fulfilling her responsibilities to the royal family and limiting the involvement of the third power - her mistress Sarah. With her iron will, Queen Anne directly cut off this relationship with no hesitation. And Sarah's face was exposed right after being rejected by Queen Anne, Sarah did not regret cursing Anne, and turning the so-called "love" into a chaotic war. Sarah had stated that to the end of her life, she would never forgive Anne.


Finally, Anne was determined to continue to reign on the throne in the face of Sarah's derision and revenge, the Queen found some peace in the remnants of her suffering, and remained until she passed away. At about 7:30 am on August 1st, 1714, Anne died of illness at Kensington Palace. Her body even became so big that she had to be buried in an almost square coffin. . She was buried next to her husband at Westminster Abbey, England, ending a tragic life behind the glory of the name "Queen".