What you don’t know about World War I (Part 1)

What you don’t know about World War I (Part 1)

World War I was one of the most devastating wars known to mankind before the Second World War.


Although the political conflicts of those days laid the groundwork for the war, the war only really broke out after the assassination of the Austro-Hungarian Archduke Franz Ferdinand and his wife, Sophie, by a Serbian nationalist.


Over a century since the end of World War I, there have been countless studies, documents, photographs, and exhibits about it. However, there are also hidden corners related to World War I that few of us know.

Germany, Russia, and Great Britain - three empires that played a key role in World War I - were ruled by relatives.


At that time, Queen Victoria was called the "Mother of Europe" because she was closely related to the emperors of most of the European empires. 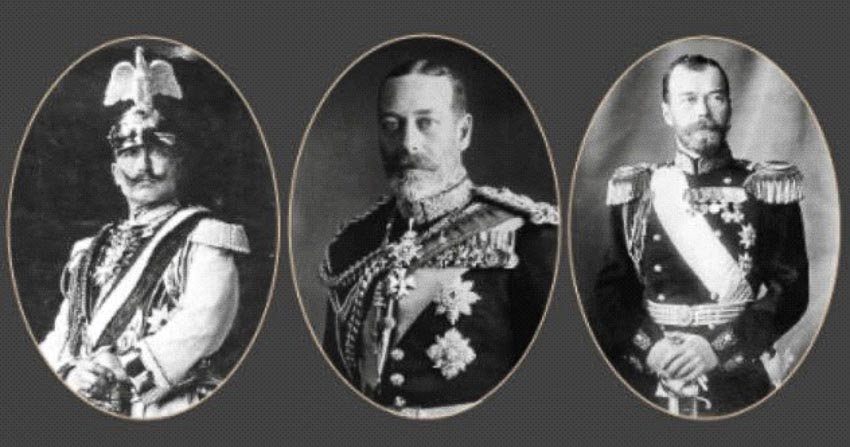 For example, George V and Wilhelm II were both her grandsons. However, she discouraged the tightening of their relationship and did not want them to go together. She even prevented two people from visiting her at the same time.


King George V's mother, Princess Alexandra of Denmark, also discouraged any contact between George V and Wilhelm II. Instead, she wanted George V to build a close relationship with Tsar Nicholas II, the son of her sister, Dagmar. This powerful trio maintained competency and alliance at the time they became emperors.


Although they all did not believe that the assassination of Archduke Franz Ferdinand would lead to war between Serbia and the Austro-Hungarian Empire, they knew it could. And such a war would certainly involve them because Austria-Hungary signed an alliance treaty with Germany and Serbia allied with Russia. At the same time, Russia again signed an alliance with France and France allied with Britain.

Costumes Of The Belligerents In World War I


They did not have the strength and sanity needed to stop the war when it was about to happen. The assassination and the ensuing political crisis gave the military generals more power, while the politicians were more concerned with "national pride", while the arms dealers just wanted to make money.


World War I officially began on July 28, 1914, the day the Austro-Hungarian Empire declared war on Serbia.


That morning, Tsar Nicholas II sent a telegram to Emperor Wilhelm II, asking him not to declare war. The telegram was to some extent considered semi-official, and Tsar Nicholas II even signed it under his nickname Nicky. Nicholas II explained that a war against Serbia would lead to Russian involvement, which he did not want. 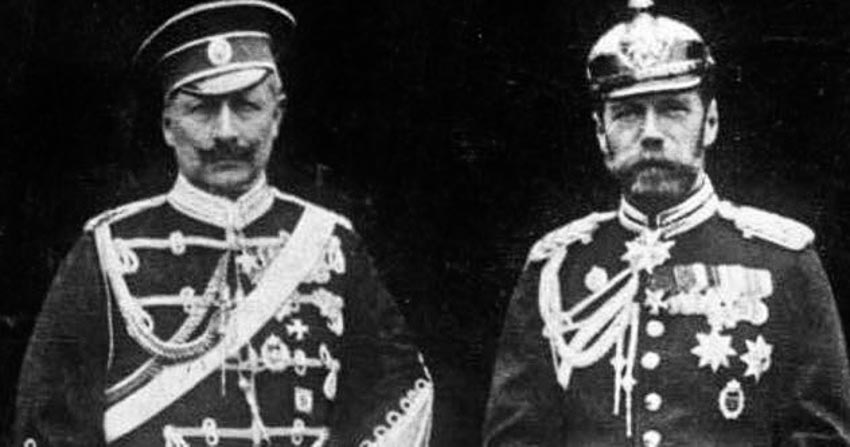 Wilhelm II replied that the impending war was not a political scheme, but merely to deal with those who had murdered Archduke Ferdinand. He added that he was doing his best to ensure Austria-Hungary reached an agreement with Russia. He also signed the telegram with his nickname Willy.


They continued to communicate by telegram. However, they did not reach an agreement even though both did not want war. At one point, Wilhelm II assumed that Austro-Hungarian troops had entered Belgrade, Serbia, waiting for Serbia to destroy the Black Hand terrorist group, who were believed to be responsible for the assassination of Ferdinand.


Wilhelm II instructed his chancellor to communicate this observation to Russia, but the chancellor instructed the German Ambassador to Russia to inform Russia that Germany would mobilize its troops in response to the mobilization of Russia.


Both emperors continued to exchange telegrams, but had yet to come to a conclusion. They also did not stop mobilizing their troops, nor did they do anything to delay the war. On August 1, a few days after the first telegram was sent, Germany declared war on Russia.

Most likely, Russia would not have become the first Communist country had Vladimir Ilyich Lenin not taken power. His takeover would not have been successful had the two Russian Revolutions of 1917 not occurred. And those revolutions probably wouldn't have happened if Russia hadn't entered World War I. 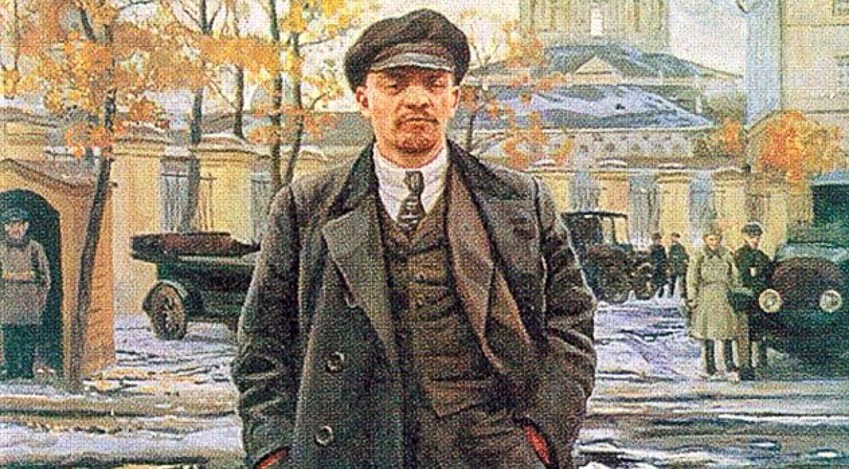 The war took a heavy toll on the Russian economy. It took longer than expected and there was no hope that Russia would win. After a series of setbacks, Tsar Nicholas II dismissed the uncle he had appointed as chief of the general staff and took control of the army. This ruined the Tsar's reputation. In the past, generals would be responsible for military defeats, but now it is the Tsar who would assume full responsibility.


Nicholas II made another mistake by handing regent power to Alexandra Feodorovna, his wife, instead of the prime minister. First, Alexandra is German, and Russia is fighting Germany. In addition, Alexandra deified Grigori Rasputin, a faith healer she hoped would cure her son's hemophilia. However, Rasputin had other intentions and soon intervened in national affairs. In December 1916, Rasputin was killed by some Russian who did not believe in him. But what Rasputin did smeared the Tsar's family and Rasputin's death couldn’t change anything.


Besides, the protracted war had a heavy impact on the Russian economy. From August 1914 to March 1917, Russia poured into the war 29.6 billion rupees, three times more than the "national treasury" at that time. To have money to pay for the war, the court continuously issued new taxes and organized the sale of public bonds among the people. The total number of bonds from the beginning of 1914 was 8.8 billion rupees, which increased to 36.6 billion rupees in 1917.


In February 1917, inflation and food shortages caused widespread protests that quickly turned into a revolution. Nicholas II left the front lines and returned to the palace to handle the crisis, but he was forced to abdicate before returning to his palace. A provisional government took over but did too little to resolve the contradictions that caused the revolution.


The second Lenin-led revolution since November 1917 overthrew the provisional government and brought Lenin to power. The political slogan of the Communist Party of Russia at that time was a promise to bring to the Russian people "peace, bread and land".


Lenin entered into negotiations with Germany, which led to the signing of the Brest-Litovsk treaty in March 1918, ending Russia's involvement in World War I. Russia ceded Ukraine, Finland, Poland and the Baltic territories to Germany. In return, the Germans withdrew from Russia.


World War I changed the borders of Europe and Asia. It led to the fall of three empires – Germany, Ottoman and Russia – and the emergence of several new countries on the world map.


Poland became independent from the Russian Empire and the Austro-Hungarian Empire was divided into four countries: Austria, Hungary, Czechoslovakia and Yugoslavia. 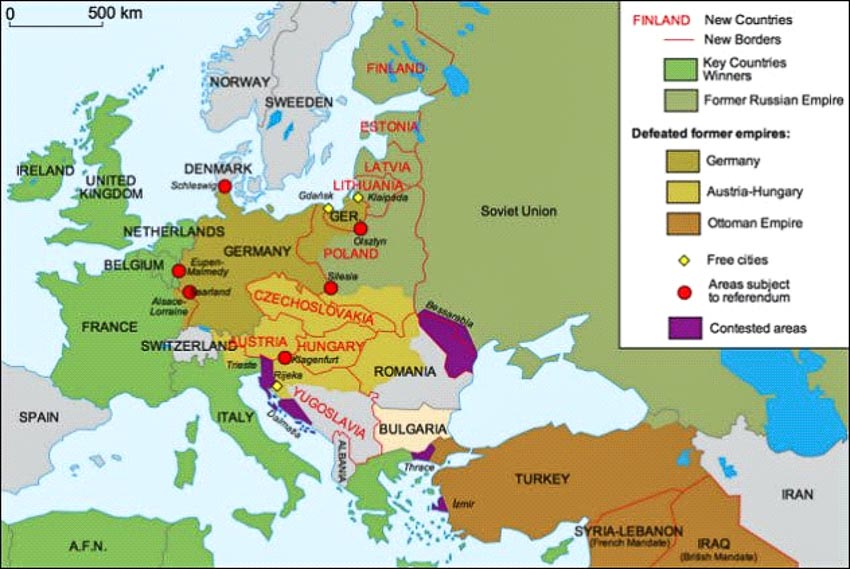 
The United States became a warring country when it declared war on Germany on April 7, 1917. Before the declaration of war, German was the second most spoken language in America after English.


However, rising anti-German sentiment after the US declaration of war quickly led to a ban on the use of German. German was dropped from the curricula of many American schools, and German books were banned. Music stores also refuse to sell German-language records. 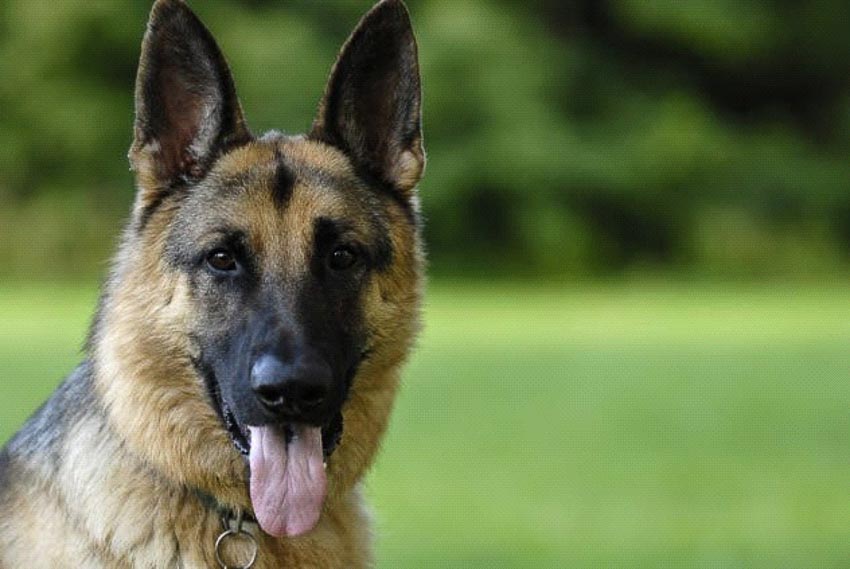 Dogs are no exception. German shepherds were renamed Alsatian because the Alsace region of France was where they were first bred. Meanwhile, the dachshund was renamed "badger" or "liberty pup". The dog itself has become a symbol of Germany and is used to represent Germany in political cartoons.


There are also reports that some dachshunds have been stoned to death in the UK, although that cannot be verified.