Thomas "Tommy" Vercetti is the protagonist of  Grand Theft Auto: Vice City, which is a 2002 open-world adventure video game developed by Rockstar North in the UK and published by Rockstar Games. Vice City is heavily influenced by 1980s American culture. The plot is set in 1986 in Vice City, a fictitious city modeled on Miami, and focuses around Tommy Vercetti, a mafia figure who has recently been freed from jail. Upon its release, Vice City became the best-selling video game of 2002 and in July 2006, Vice City became the best-selling PlayStation 2 game of all time. 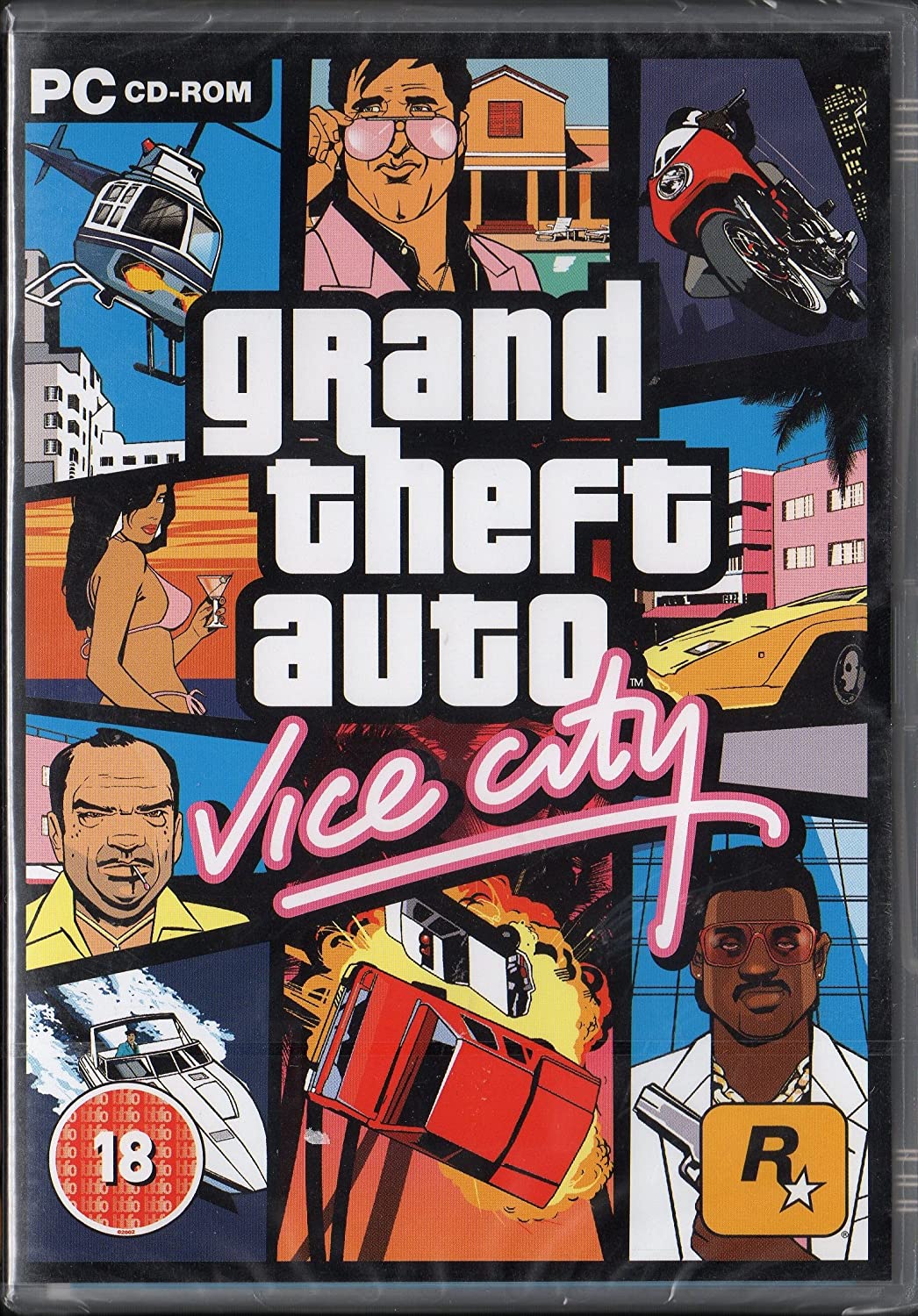 Tommy was the first protagonist in the series to have a voice actor, since he was portrayed by movie star  Ray Liotta. He is portrayed as an Italian-American, tall, swarthy, and attractive, with combed dark brown, nearly black hair, brown eyes, and a permanent five-o'clock shadow. He first appears wearing a  light blue-green Hawaiian shirt with dark blue palm trees, a gold pearl necklace around his neck, a gold watch on his left wrist, and blue trousers and white sneakers. He has a variety of clothes, and his look may be fully altered using the Character Skin Setup, a new tool in Grand Theft Auto: Vice City that allows users to generate unique textures for the baseline player model and apply them in the game.


This is also a character that treats others with dignity and respect, particularly those who have assisted him in achieving his goal. Despite his intelligence, Tommy is a hothead who gets furious fast and doesn't hesitate to "take action" against the subject. All of the game's tasks, however, require Tommy to exclusively deal with the evil characters.


Today, let  CustomsPig help you take a look at the life of the most impressive main character in the famous  Grand Theft Auto series - Tommy Vercetti.

In 1951, Thomas Vercetti was born in Liberty City. Tommy's father worked in a printing shop and he used to help him clean the rollers as a child. Tommy had intended to follow in his father's footsteps, but had to "live a different life," as he put it. Tommy's dialogue while fighting reveals that he had a strained connection with his mother.

Ahead of 1971, Tommy joined the  Forelli Crime Family, one of Liberty City's three main Mafia families and the most powerful at the time. He kept working for the Forelli family, rising through the ranks and presumably becoming a famous figure.


Sonny Forelli, fearful of Tommy's growing influence, sought to set up an ambush for him in Harwood in 1971, under the pretense of a hit. Tommy, on the other hand, not only survived, but also murdered all eleven guys intended to kill him. He was apprehended and found guilty of 11 counts of murder. 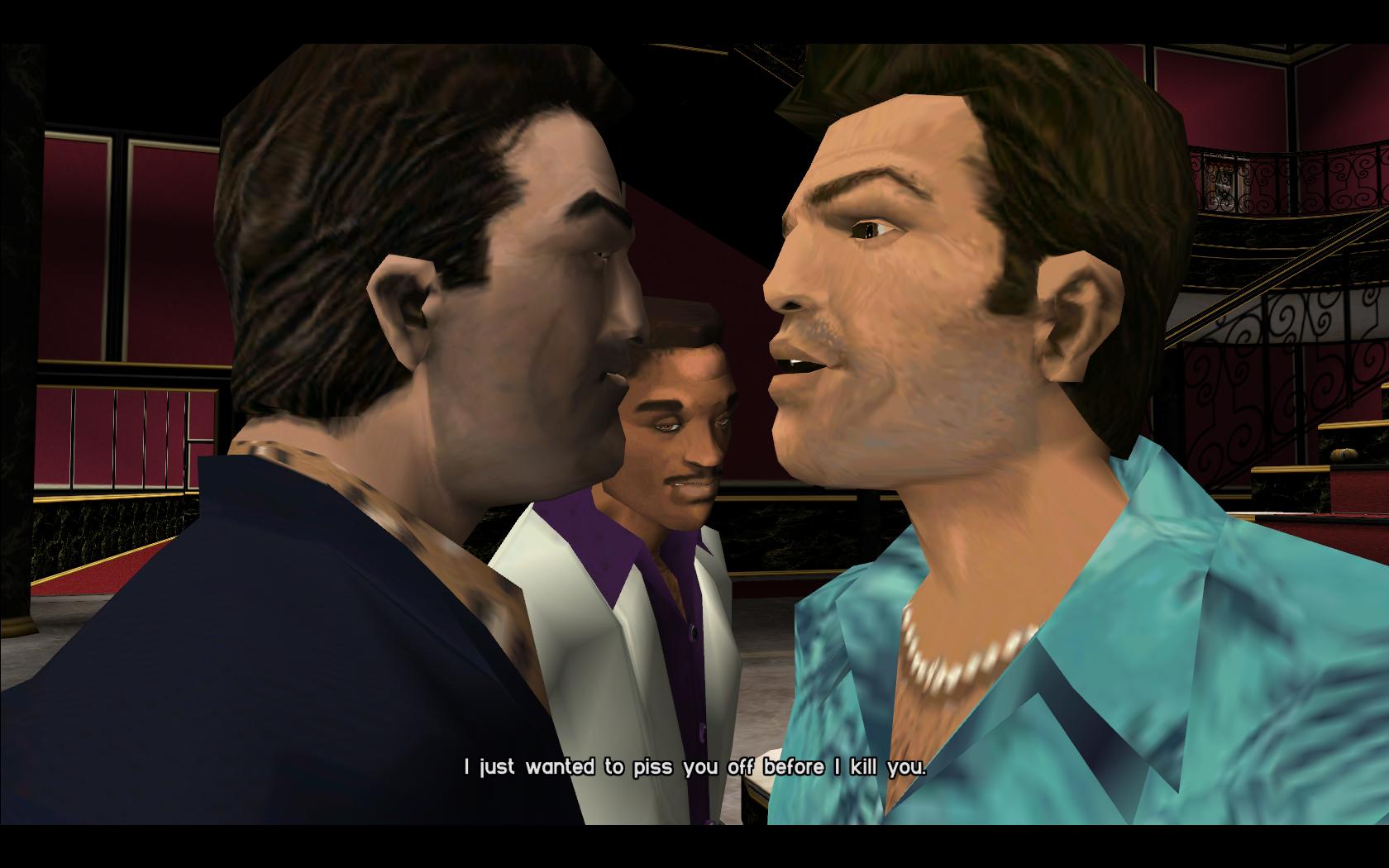 
Tommy was sentenced to death for the murders, but since he kept quiet and turned no evidence on the Forelli Family, Sonny Forelli used judicial connections to commute the sentence. Tommy remained in prison for fifteen years, refusing to divulge any Forelli Family secrets to the LCPD. He was nicknamed "the Harwood Butcher" by the press.


Tommy was condemned to death for the killings, but because he remained silent and offered no evidence against the Forelli family, Sonny Forelli used his court connections to get the sentence commuted. Tommy stayed in prison for fifteen years, refusing to provide the LCPD any information about the Forelli family. He was dubbed "the Harwood Butcher” by the press.

In 1986, after Sonny "pulled some strings," Tommy was released from jail. Sonny sends Tommy to Vice City for the fear of Tommy being "too well known" in Liberty City, and he also wants to expand into the southern drug trade. Tommy, Harry, and Lee fly to Vice City, where they meet  Ken Rosenberg at the airport before heading to a heroin sale near the docks. The drug deal turns into an ambush, and Harry, Lee, and one of the drug traffickers are slain. Tommy, Ken, and the other dealer are the only ones who survive the onslaught. 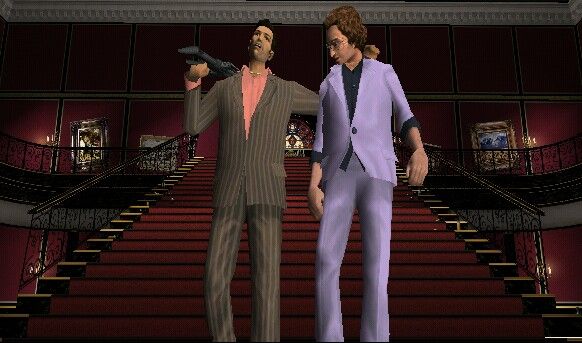 
Tommy notifies Sonny of the attack and is reminded that Sonny is "not a man to be messed with"; Sonny expresses his desire for his money and narcotics back. Tommy works with Ken at first, inciting riots and frightening jurors. Then Tommy encounters  Lance Vance, the other dealer, who is seeking vengeance for his brother killed during the original heroin trade. Tommy also works for  Juan Cortez, a drug transaction middleman who starts looking into Tommy's ambush. Elsewhere, Tommy is ordered by Cortez to take missile technology chips and assassinate Gonzalez, who had discussed the transaction.


In an agreement with the Cubans, Cortez asks Tommy to act as protection for  Ricardo Diaz, who he believes was responsible for the ambush. The Haitians, who are Cuban foes, attack the transaction, but are killed by Tommy and Lance. Diaz sees promise in Tommy and Lance and recruits them to assassinate gang members who are stealing his money and steal the city's fastest boat in order to buy heroin from a boat dealer. Lance finally tries to assassinate Diaz for the loss of his brother, but he is apprehended by Diaz's men and later set free by Tommy. The two go on to get vengeance on Diaz, murdering him in his own house. 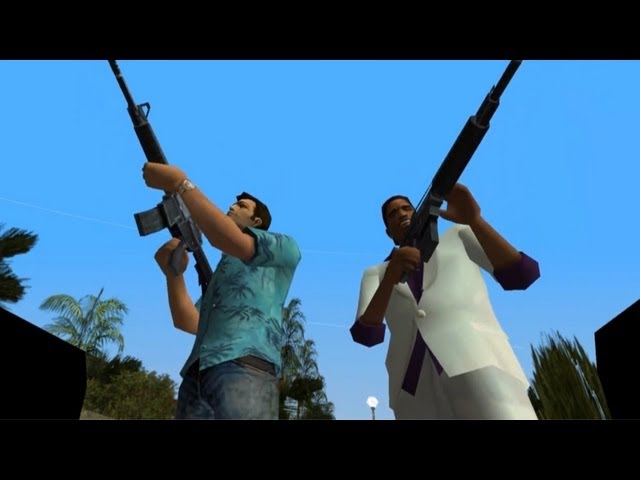 
The murder of Ricardo Diaz brings about upheaval in Vice City, allowing Tommy and Lance to take over the crime ring that Diaz had built. Tommy, on the other hand, begins to explore beyond Diaz's protection rackets and owns a variety of companies across the city, including the Malibu Club and the Cherry Popper Ice Cream Factory (a front for a drug running business), InterGlobal Films and the Print Works. After purchasing each business, Tommy helps establish their influence in the city. During this period, Tommy begins to work for a variety of smaller-time criminals in the city, including Cuban boss Umberto Robina and Haitian leader Auntie Poulet (because of her drugging him), assisting both sides in their attacks on one another. He also works for Avery Carrington's real estate company, Phil Cassidy's gun-running operation, Mr. Black's hitman operation, Mitch Baker's motorcycle gang, and Kent Paul's Love Fist management. Tommy also assists Juan Cortez in escaping the city after the GIGN raid his yacht in search of missile technology.


Sonny Forelli, getting bored and anxious, sends several of his guys to Tommy's companies to collect some of his money. Tommy kills the collectors, but not in time to prevent Earnest Kelly, the Print Works' owner, from getting hurt. Tommy decides to send Sonny a piece of counterfeit money made at the Print Works. Tommy visits Sonny at his mansion to hand over the counterfeit money, but Sonny informs him that Lance has sided with him and betrayed Tommy. Tommy kills both Lance and Sonny in a gun duel, confirming Tommy's suspicions that he was set up in Harwood. With no one to challenge them after Lance and Sonny's deaths, Tommy and Ken become the most powerful men in Vice City. 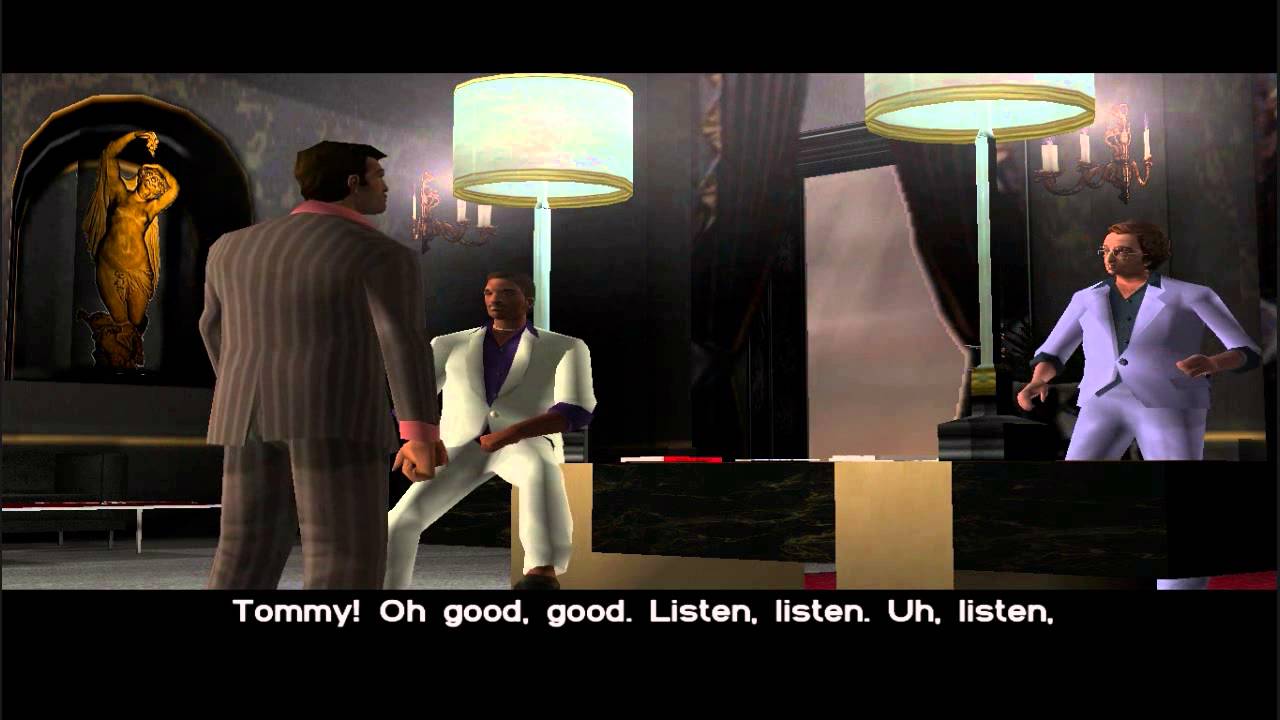 Tommy confronting Lance and Sonny and then kill them

After 1986, Tommy Vercetti continued to dominate Vice City's criminal underworld; around this time, Tommy's relationship with Ken deteriorated owing to Ken's cocaine addiction. Tommy was ultimately able to get Ken into the Fort Carson Medical Center in San Andreas. Despite the fact that Ken finished rehab and was free of his addiction by 1992, Tommy refused to speak to him after that and effectively severed all connections.


In  Grand Theft Auto: San Andreas, Ken mentions Tommy in the task  The Meat Business, prompting Carl Johnson to wonder, "Who the fuck is Tommy?" Rosenberg also phones Vercetti during the game's opening video; Tommy's secretary answers and informs Ken that Tommy is not taking calls; this is when Rosenberg realizes that Vercetti had been ignoring him.


In 2002, Tommy was referenced on Kent Paul's website under the heading "Social Problems," with the following statement: "As you can see, Tom, I didn't even mention your name once. Okay, maybe you won't murder us now". This might indicate that Tommy was alive and in power in the early 2000s. 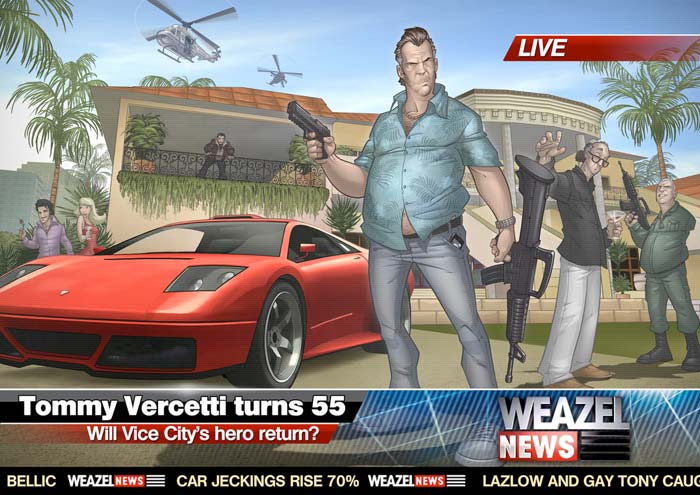 
Meeting many people and experiencing many events, Tommy from a mere boy who wanted to succeed his father's printer career has become the ultimate crime kingpin of Vice City. Let  CustomsPig know your opinions of this character by commenting below. And if you are impressed by Tommy and his outfit, click  here to purchase the unique Hawaiian shirt.